Ever since the financial crisis, the threat of long-lasting (“secular”) economic stagnation has been haunting Western economies. Philippe Aghion looks at this enigma through the lens of the Schumpeterian growth paradigm. It claims that economic growth is generated by entrepreneurial innovations which replace old technologies. Aghion argues that productivity growth due to this creative destruction is mismeasured by statistical offices. He links the recent decline in productivity growth to the emergence of so-called super-star firms that have high profits and a low share of labor in firm value-added and sales.

Philippe Aghion is Professor of Economics, Institutions and Innovation at the College de France and also holds a chair at the London School of Economics and Political Science. Previously he held professorships at Harvard and University College London. He is credited with pioneering Schumpeterian growth theory which provides a microfoundation for economic growth stressing the key role of entrepreneurial activity. The recipient of the 2001 Yrjo Jahnsson Award and the 2009 John von Neumann Award is a fellow of the Econometric Society and the American Academy of the Arts and Sciences.

Helmut Bester is Professor at the Department of Economics, Free University Berlin. 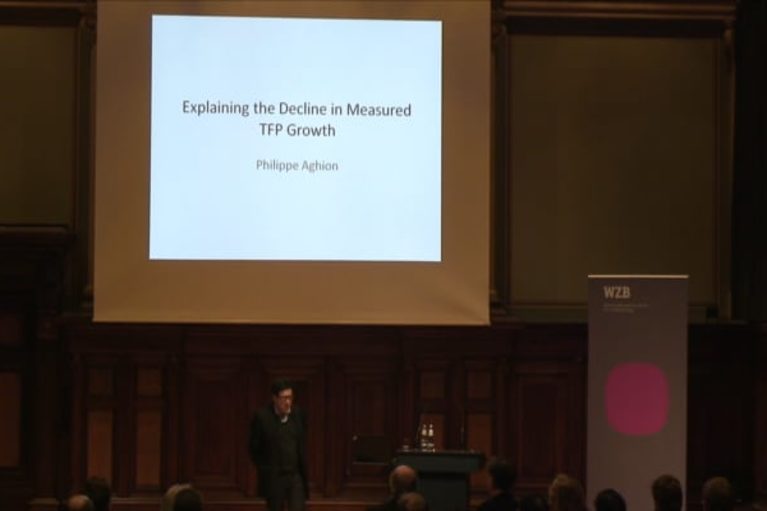 The WZB provides for child care during the lecture. If you are interested, please respond by November 1, 2018 to Friederike Theilen Kosch: friederike.theilen-kosch [at] wzb.eu